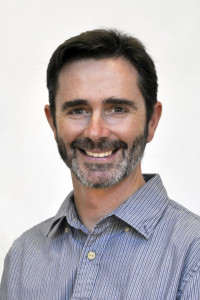 Jacques, a born and bred Gautenger, moved to Cape Town in 1998. After 10 years he made the change from being a Blue Bull to Stormer as he continued to stay in Cape Town until 2015.

He made certain to wait until his 3rd year BTH studies before he ventured into a relationship with Lindy who is now his wife and the mother of their two boys, Justin and Simeon. In 2015 they celebrated their 10 year anniversary.
Jacques loves any sport that involves a racquet and a ball, which basically means he loves tennis and squash. Some of his other hobbies include drawing, especially cartooning and photography.

Jacques has been involved in a ministry to people in need in Cape Town for several years, after which he was called to lead a church plant in Sea Point, Cape Town.
After a seven year involvement at the church plant, Jacques and his family answered another call to ministry in the Free State. Jacques now serves as an assistant minister to Ray Beckman (Rector of St James Church Bloemfontein).
It now remains to be seen whether he will change his allegiance from being a Stormer supporter to becoming a Cheetah’s supporter.