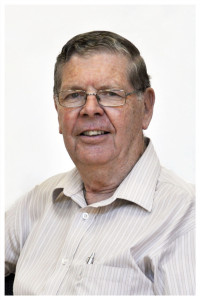 Mario Joined St James in 1986 in its fledgling years. With his background as a lay preacher he was soon asked to conduct services in a little hall which was hired by the church. As the congregation grew Rev Roy Glover was appointed as a curate to St James to help him grow the church. After Rev Roy Glover, Mario was ordained as a deacon at St James running the church as a tent ministry. In April 1994 he was ordained as presbyter still doing tent ministry but being ably assisted by various curates. Later he was inducted as Rector and also took oversight of the church in Kimberley and assisted the Welkom church for several months when they had no minister. When the Free State Area Council was formed he was appointed Bishop’s Chaplain, a post which he held until his retirement in 2010.  At present he is still active at St James as pastoral assistant, in the leading of a Bible study, assisting with hospital and other visitation, preaching, membership training, 60 Plus, and the occasional funeral and marriage counselling.